Your Ideas to the Screen

Film making has come a long way from shooting with analogue to digital cameras. There was a time when film
making required highly qualified technicians starting from the cinematographers to video editors to special effects.

Today, the camera thinks for the person holding it. So even if you are not a qualified DOP, from any reputed institute, you still can think of shooting a film with a hand held camera. It may not yield the result that would have got if you were qualified DOP, but it still works.

The process of story telling through a film requires planning with discipline. Its not like the home video you randomly make. It requires the meticulous planning and process. It is not complicated if you understand it.

We can say that it is as easy as making tea ( Not exactly though). What I mean to say is even making tea requires proper steps to follow.

Before you decide to make a film you need to understand the process.

Get the concept and story idea clear

What is it that you want to convey through the story. For ideas; work with a small compatible team. Have a clear goal on what you want to make. Define and Refine your ideas. Once the Idea is complete make a one or two page synopsis.
The synopsis should give a fair idea of What the story is about, who are the people, and what are the circumstances involved ( positive and negative) etc.

You should know where the story has to start, and where it has to end. What is the sequence that it will follow.( for eg if it is a mystery, how it should unfold or if it is a family story, romantic story or a comedy how to establish each of the primary characters).

The scene is just the expansion of your online order.

The one line need not be made into a single scene, it can be further broken into multiple scenes. There are times when in the same scene, a related sequence may be taking place in a different location. You have seen it many films.

The heroine inside the airport , the hero trying to break all the traffic rules with cops following him ..phew….Yeah..I know it hurts. But then if you seen films you have seen this all.

The scene itself can have multiple shots in it ( Flashback, Flash Forward etc). Shots combine to gather to form a Scene. Shots make the viewing interesting.Sometimes used to fill gaps, sometimes to show time lapse, sometimes to
show expressions of different people for the same situation ( yes…it helps extend the serial to the next episode.But that’s business my friend)

Unless you are planning to make a silent film, you should have dialogues for the characters to say. So that comes as the next part. Dialogues play a very important role in your film, so be very careful of dialogues.

Now you are ready with a script to start shooting for your film .The next step that follows is

Still not sure of how to write a script?. Visit our blog page ” What is Script Writing”

Even if you are planning to play the lead, you still need support actors. While selecting the cast don’t go by “ You are my friend…So you do the role”.

It’s very essential that the actor who plays the part, fits and suits the role. You will never add salt to tea right? Unless your taste is different from the world.Jokes apart, if you love film making don’t compromise on the person who has to play a particular character. A bad cast may spoil your film. Take proper auditions and check from a director’s point of view.

All said and done, you do need to train in film making. We have been conducting workshops so if you are interested you can click here to take it further. Happy Filming 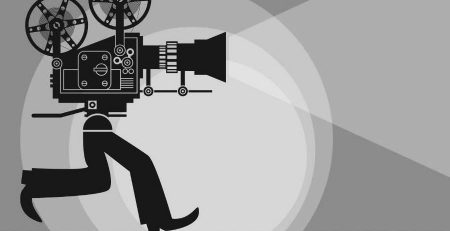 How to promote your book online

Create a book trailerA book trailer is a short 1-minute video which highlights the content of your book. Upload it... read more Think of the time when you had to make up a story for not going to school. Different stories... read more What is Script Writing

Create Your Own Story and Succeed

So, if you’re looking to be one of those who create magic with their words, look no further. Here are... read more How to be a good writer

We guess you have read our article Write good stories easily. That’s why you decided to come here, if... read more How to be a successful Screen Writer for Films

How to be a successful screen writer for Bollywood films.So, you have decided to write a story for a... read more